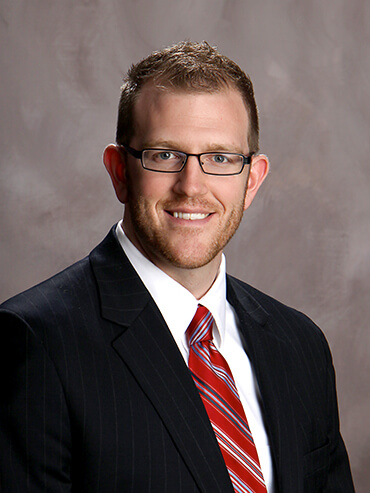 Christopher K. Blair, a Madonna graduate, earned a B.S. in Business Administration with a specialization in banking, finance and economics from West Liberty University, where he was also a member and team captain of the nationally ranked West Liberty Men's Basketball team. Mr. Blair graduated with honors earning a Juris Doctorate Degree from Duquesne University School of Law, and additionally earned a Master's Degree in Finance from Duquesne University Graduate School of Business. He primarily focuses his practice on oil and gas law, fighting for the rights of oil, gas and mineral owners in the Appalachian region, and elder law/estate planning/estate administration, where he helps his clients formulate and effectuate a plan to protect themselves and their hard-earned assets. Mr. Blair has been a speaker at the WV Farm Bureau annual meeting on multiple occasions and is a member of the West Virginia, Ohio and Pennsylvania State Bars. Admitted to practice in the Northern and Southern District Courts in West Virginia, he is also an accredited attorney with the Veteran's Administration. Mr. Blair resides in Pittsburgh with his wife, Sierra, and their children, Lincoln and Brynlee.