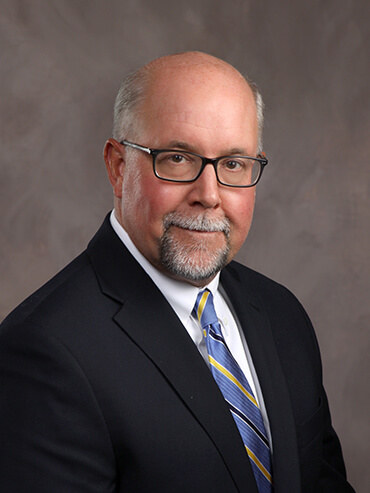 Jeffrey J. Rokisky, a Madonna graduate, received both his accounting and law degrees from West Virginia University.  He then attended the University of San Diego Law School where he received a Master of Law in Taxation.  Mr. Rokisky’s practice primarily focuses on Elder Law and Oil and Gas.  He is a member of the National Academy of Elder Law Attorneys.  He is an Accredited Attorney with the Veteran’s Administration, so that he may assist veterans in obtaining benefits to help pay for their long term care costs, and is licensed in the states of West Virginia, Pennsylvania, Ohio, and California.  He has been a featured speaker at continuing education seminars on the subjects of estate planning and oil and gas law in both West Virginia and North Carolina on numerous occasions.  Mr. Rokisky has been recognized as a Lawyer of Distinction, published in the New York Times.  He and his wife Robin have three adult children and two grandchildren.